A 53-year-old building will be replaced using funds raised through a sales tax hike. by Steve Jess TWEET SHARE 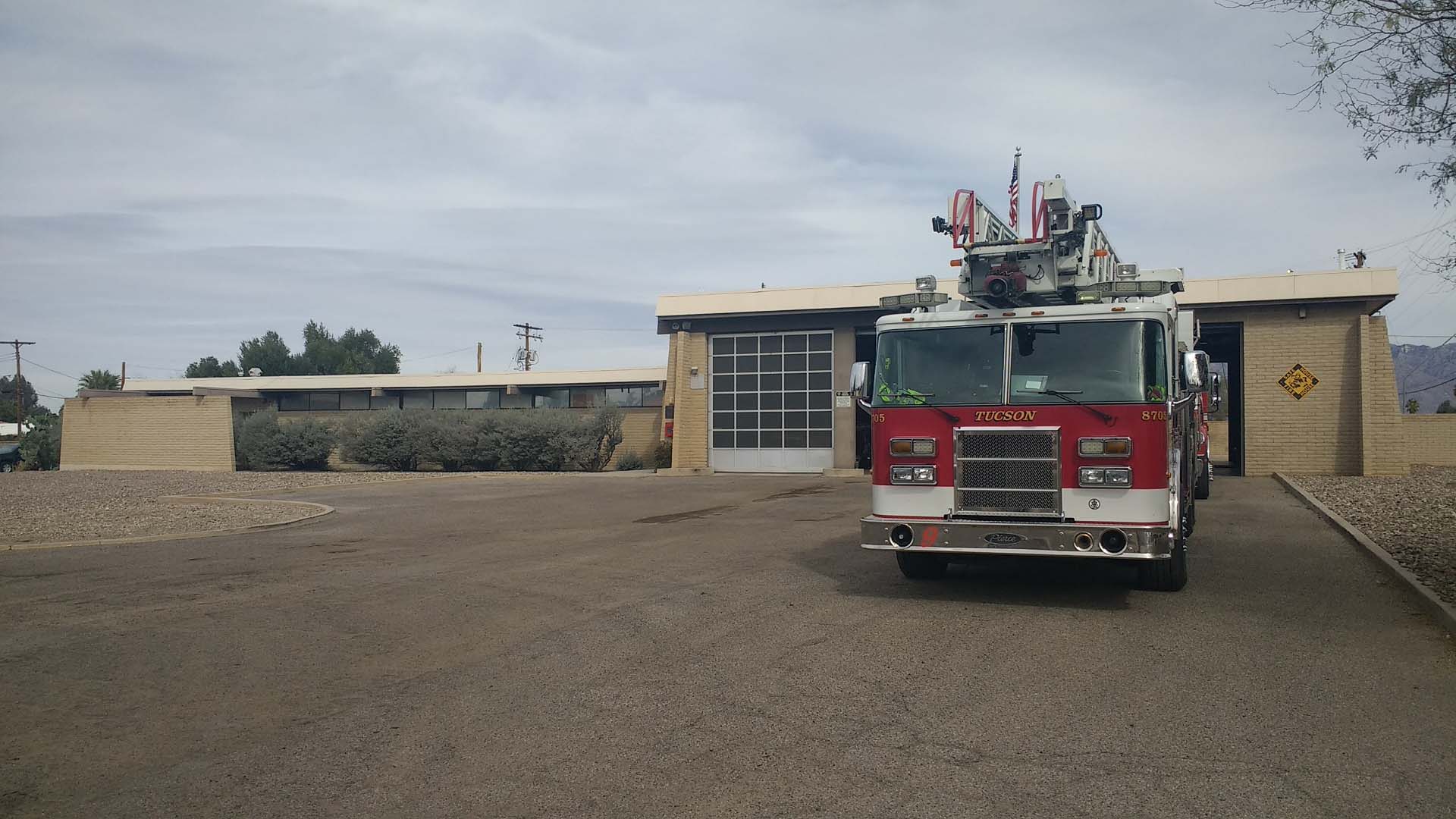 Tucson's Fire Station Nine, Built in 1966, will be replaced with a new station in the first major project to grow out of a half-cent sale increase approved by city voters in 2017.
Steve Jess, AZPM

Nearly two years ago, Tucson voters approved a half-cent sale tax increase for road repair and public safety improvements. The city has begun a campaign called "Tucson Delivers" to show voters what they are getting for their money. On Wednesday, city officials revealed one of the largest projects is a new fire station.

Battalion Chief Jeff Thompson led visitors single-file down a narrow hallway through the dorm area of Tucson Fire Station Nine, where firefighters sleep on twin beds in rooms the size of a closet. "It's really hard to make those beds too," Thompson said. "If you look at those mattresses, they barely fit in that cubbyhole."

Station Nine, on Tucson's east side, was built in 1966. It's nicknamed the "House of Pain" because it houses 14 firefighters and paramedics in a space designed for nine. Replacing it with a modern structure is one of the first big projects funded by the sales tax increase voters passed in May 2017.

"We need gender-neutral restrooms to be able to accommodate all of those that work on the fire department. We need dorm rooms that are enclosed so that people have the privacy they need," she said.

Replacing this fire station will take seven million of the $250 million that the half-cent tax increase is expected to raise in the five years before it expires. The city will spend $100 on road improvements, and dedicate the rest to public safety projects like this one.

Tucson Setting Priorities for New Sales Tax Revenues Tucson Voters Approve Sales Tax for Public Safety, Roads Tucson Police, Fire Chiefs: Most of Fleets Outdated
By posting comments, you agree to our
AZPM encourages comments, but comments that contain profanity, unrelated information, threats, libel, defamatory statements, obscenities, pornography or that violate the law are not allowed. Comments that promote commercial products or services are not allowed. Comments in violation of this policy will be removed. Continued posting of comments that violate this policy will result in the commenter being banned from the site.