Gentrification and changing neighborhoods in Tucson

We continue our housing series with a live community discussion. by Ariana Brocious Tweet 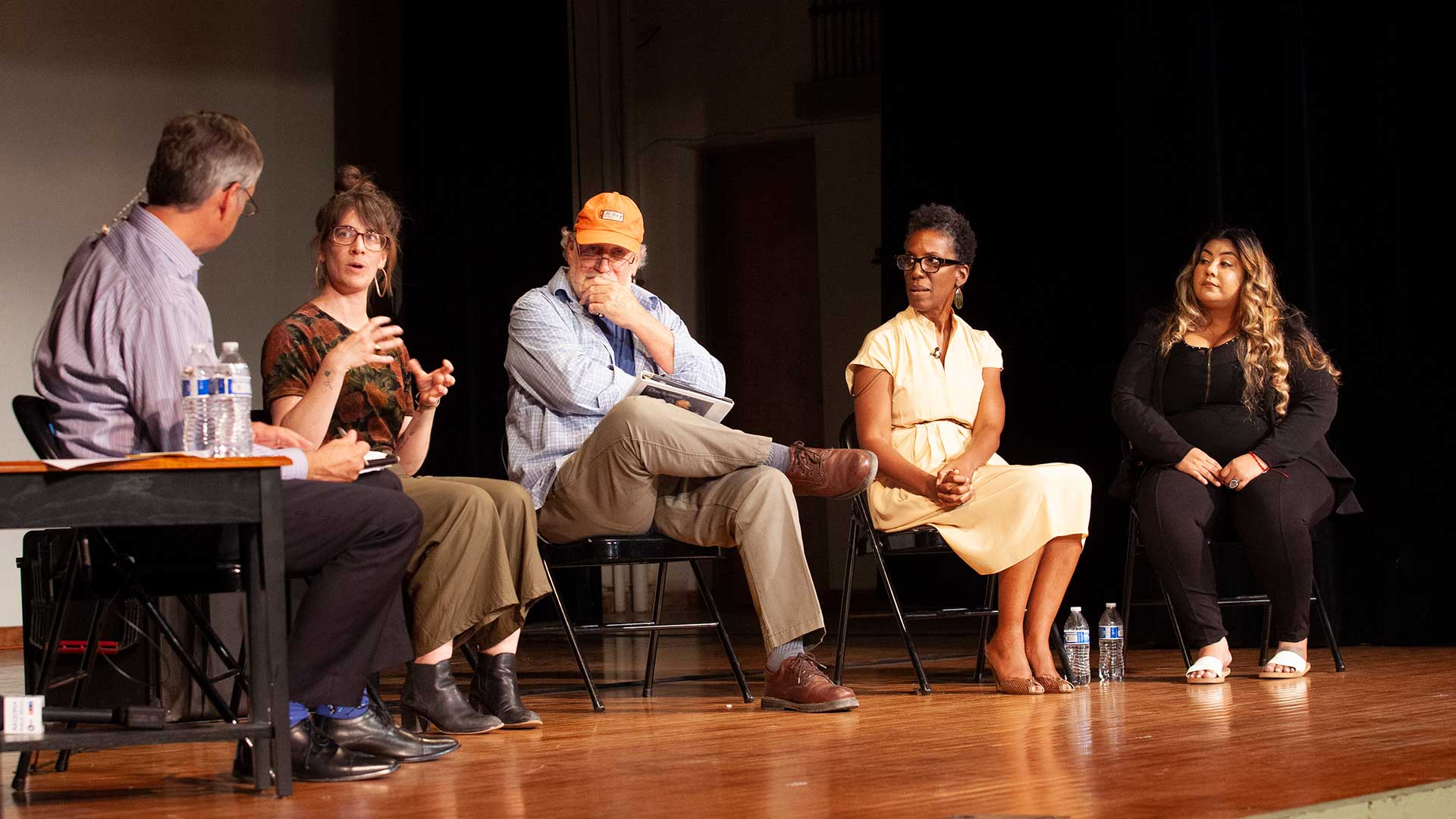 Gentrification is on the minds of many, especially in Tucson’s downtown and westside neighborhoods. In recent years, those areas have seen the growth of student housing developments, infill projects, and the “flipping” of homes in formerly working-class or lower-income neighborhoods.

How can Tucson and Pima County foster economic development, affordable housing and community building in ways that respect the residents and character of neighborhoods? We asked that question of two panels at a community discussion taped in front of a live audience at the Dunbar Auditorium on July 24.

We also delved into many questions from the audience. Watch the full show below:

We split the show into two panels. Our first featured people involved in development and housing:

The first panel discussed the meaning of gentrification, the importance of building affordable housing, protections for renters and a few of the challenges that exist around the issue. 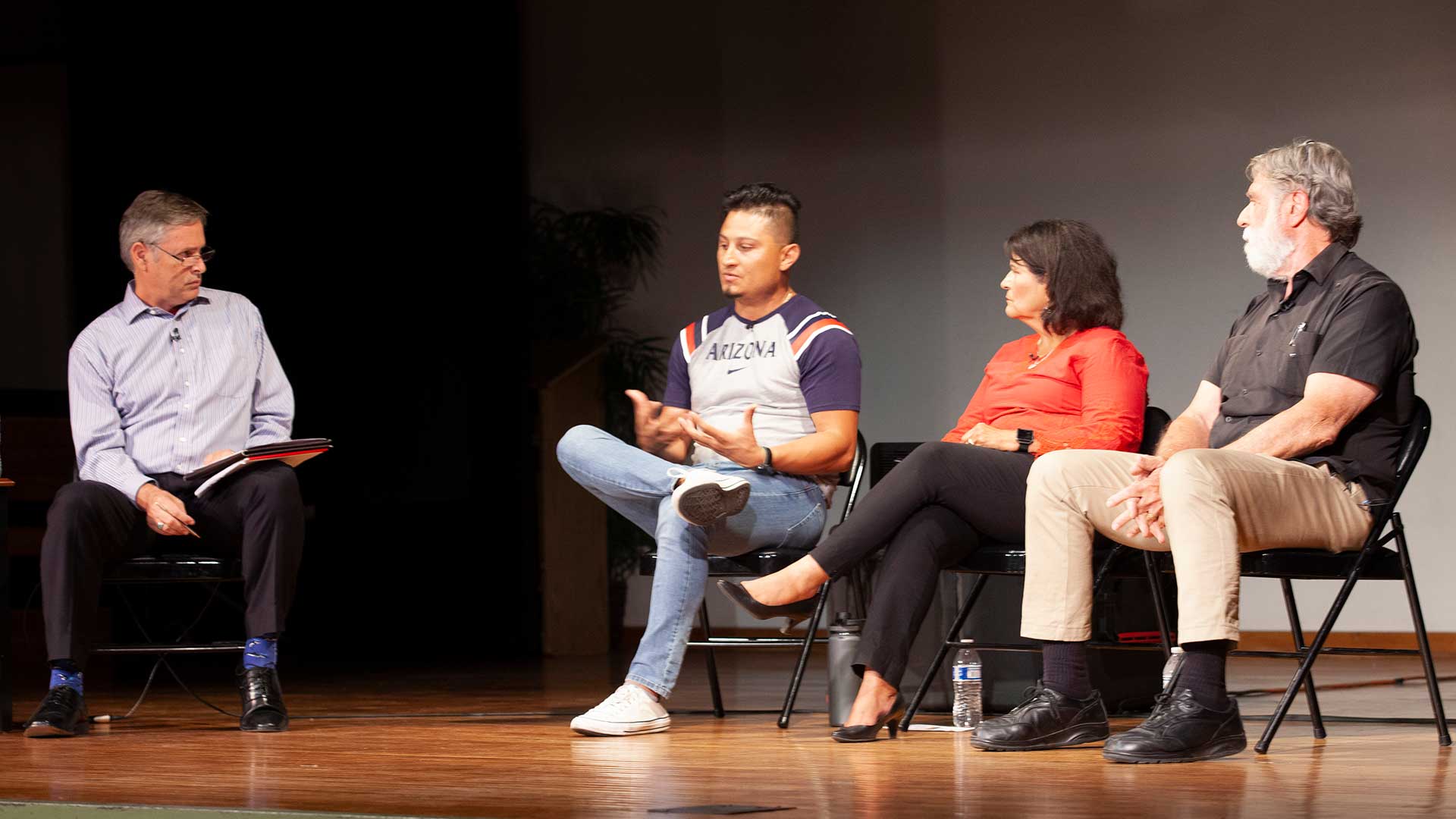 "I think you have to look at the underlying issue of why neighborhoods change and why aren’t second or third-generation family members seeing value in the neighborhood where their grandmother or grandfather lives," said Jesus Bonillas. "How do we restore value in these old neighborhoods so that my generation and generations behind me can see value and want to live there?"

Betty Villegas said even in downtown where dedicated affordable housing projects exists, mid-range affordable workforce housing is disappearing as developers take advantage of incentives to build. "While [developers’] taxes are being waived, all of the other residents and businesses, their taxes are going up. So there’s an imbalance, and I think that’s where some of the frustration is," she said.

"Building and developing permanent affordable housing is, in my experience, the very best first effort in preserving the affordability of neighborhoods," said Corky Poster. But he said there are also other ways to revitalize older neighborhoods, like those around the University of Arizona. For example, he pointed to the Miles School, which is lottery-based, meaning current neighborhood students aren’t guaranteed to get in.

"TUSD, for example, could encourage young families to move into what I think will be vacated landlord houses [around the university], by incentivizing and then getting families who could then walk to a school that is valued."

Part of a AZPM news radio series covering housing and issues of access, affordability, historic discrimination, cultural identity, and the changing neighborhoods of Tucson. More from this series here. 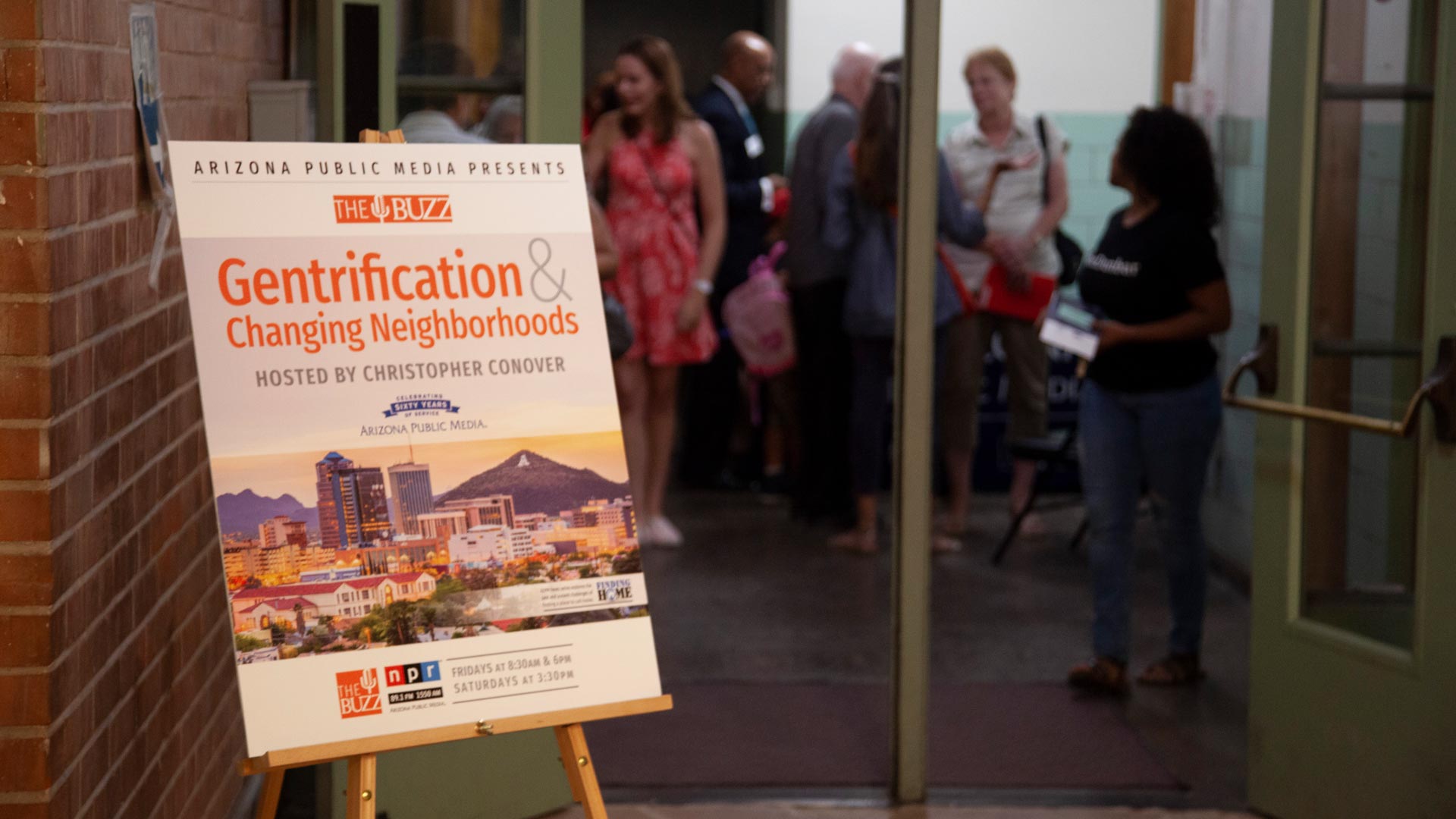 Each panelist described how they've seen their neighborhood change.

"It was dormant for a long time. And these last couple of years people have noticed that their neighborhoods were changing and some of them weren't happy with it, and I think that's where the fight comes in with gentrification. So I see a lot of movement now in my neighborhood as far as wanting to fight for homes and keeping their nanas and their families in their neighborhoods," Gracie Soto said.

Scott Egan told the story of how Barrio Hollywood united to fight the city of Tucson when the city tried to sell the El Rio Golf course to a developer. "They tried everything to sell that property — to come in and wipe out a crucial space for our neighborhood," he said. "It caused a lot of conflict with some of the businesses in the neighborhood, but we won at the end and it was through fighting hard and uniting."

Lisette DeMars related the West University neighborhood's work to create a community benefits agreement with the development taking over the spot held by Flycatcher on Fourth Avenue and Sixth Street.

The Buzz airs Fridays at 8:30 a.m. and 6 p.m. and Saturdays at 3:30 p.m. on NPR 89.1. You can subscribe to our podcast on iTunes and NPR One. See more from The Buzz.
SUBSCRIBE TO PODCAST
MORE: Economy, Finding Home, Housing, News, The Buzz

What's on the horizon for Rio Nuevo in Tucson A look at Arizona gun laws TEP firing up new engines to integrate more renewable power
By posting comments, you agree to our
AZPM encourages comments, but comments that contain profanity, unrelated information, threats, libel, defamatory statements, obscenities, pornography or that violate the law are not allowed. Comments that promote commercial products or services are not allowed. Comments in violation of this policy will be removed. Continued posting of comments that violate this policy will result in the commenter being banned from the site.